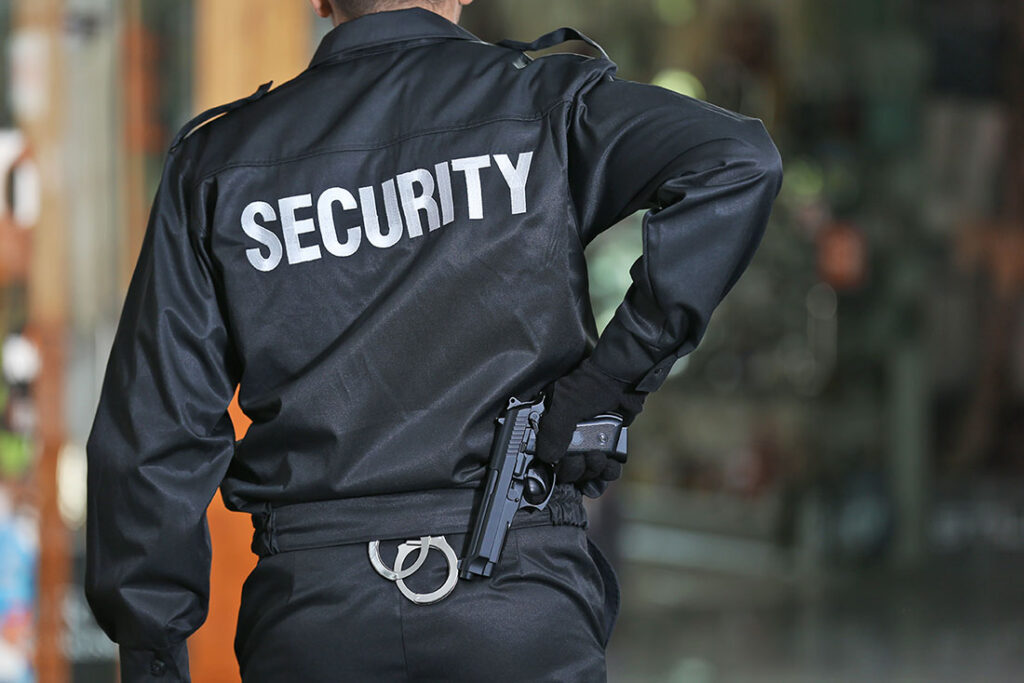 The Top 7 Liability Issues for Security Guards Heading Into 2022

It’s been – to put it lightly – an interesting couple of years for the security guard industry. As we’ve discussed in some of our other guides, the guard industry has come under increased scrutiny by state bodies. Growing regulations are increasingly likely for the future. At the same time, new demand for guards has risen in sectors like healthcare and retail. This has been compounded by lockdowns, mask mandates, vaccine requirements, and other new elements in society.

That’s why security companies should be paying closer attention to liability issues than ever. When it comes to security guards, small mistakes can lead to big lawsuits, and even with insurance that’s something your firm doesn’t want to deal with. Let’s take a look at current liability “weak points” and what guards should be careful of heading into 2022.

This is one of the most common issues cited in lawsuits directed at security firms. In basic terms, that means a security guard has physically harmed someone, usually when trying to subdue or remove them. While state laws can vary, this can lead to criminal charges and civil suits, and is a key reason guards should always avoid violence.

But what happens when force is necessary to prevent someone from getting hurt, or ending a violent incident? Proper training and understanding of the situation is vital. Generally, security guards are allowed to use what force is “minimally necessary” to handle a situation. Any sort of weapon should be avoided unless there is serious danger of someone getting hurt. Certain approaches, like chokeholds, should also be avoided. In particularly dangerous situations, security guard actions can also fall under self-defense, which minimizes the risk of liability.

As we’ve discussed elsewhere, security guards don’t have the same relationship with the law as police officers. They aren’t allowed to do things that law enforcement can, and don’t have the same protections against lawsuits, etc. One common example of these is illegally detaining or “arresting” someone on a job. This is false imprisonment and carries serious liability risks.

Keep in mind, restraint here typically refers to restraining someone in a physical space, not restraining their body. For example, that means security guards can’t put someone rowdy in a side room and wait for their friends to come pick them up, even if that seems like a sensible call at the moment.

This is a closely related issue that applies to guard interactions with others. Guards cannot identify themselves as police officers or try to claim the authority to order someone like law enforcement. We have seen this issue crop up sometimes with off-duty officers that are working a side job as security officers. In these cases, it can be very easy to identify as an officer or try to use that authority. But it’s also illegal and can lead to trouble.

Guards who don’t have the proper licensing and current training should not be using a firearm, period. It should not be part of their kit. This kind of offense can greatly add to any potential liability issues.

There’s another minefield of liability for security guards under the broad heading of “negligence.” If a security guard’s actions cause someone to get hurt through negligence, then the firm could be liable as a result. A common example of this would be a security guard pushing people aside to reach an incident, and one of the people falling and getting hurt – or a guard pulling a problematic customer down some steps until they fall and are injured. Guards need to be careful about the safety of everyone around them, including the people they are trying to restrain.

Vicarious liability refers to broad issues where acts or inaction have caused injury, and the security firm could be liable. If you’ve seen the headlines about people being wounded or killed at music festivals – and the flurry of lawsuits that have followed – then you have a pretty good idea what vicarious liability can look like. The best way to prevent this is to never take a job you aren’t sure your team is ready for, and don’t work with untrustworthy clients or venues. If it seems like a particular job needs more guards than have been assigned, don’t let this warning sign go ignored.

If property gets damaged in the line of work, this can also lead to liability issues. The good news is that, compared to injuries and related problems, this is a relatively minor matter, and if you have the proper insurance it’s generally nothing to worry about. However, any property damage should be carefully documented to avoid misunderstandings.

A final note for security firms: When an incident happens, corroboration is particularly valuable. That’s why security patrols should be teams wherever possible. It’s also why security footage can be so valuable when confirming what actually happened. This type of testimony and evidence can help quickly deal with lawsuits or other issues. While it’s not entirely common yet, this is also why we’re seeing more security firms adopt bodycams for their guards – technology to think about in the year ahead.