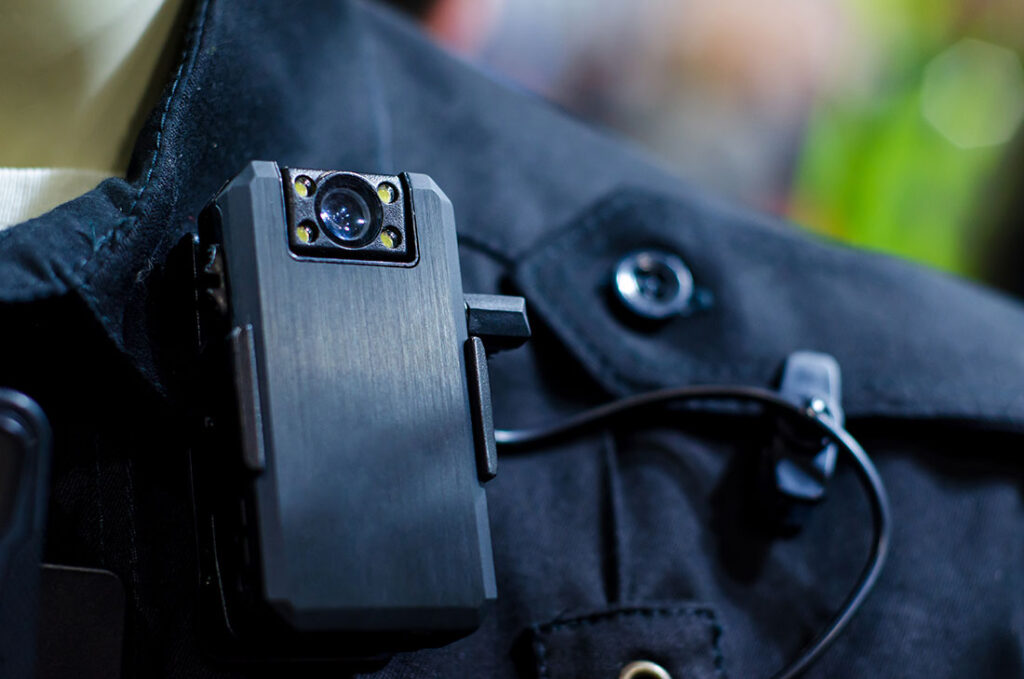 Bodycams have been in the news quite frequently these days and have become an increasingly popular addition to law enforcement around the country. That’s led a growing number of security firms to wonder if bodycams are an advantageous service their own guards should have.

The answer can be a little complicated: Private security guards may have additional risks or liability when it comes to wearing body cameras, but they can also have their benefits, especially if new clients expect them. Here’s what you should know.

Security firms should be aware that bodycams may cause liability issues depending on what events occur and security guard actions. If a lawsuit results from an event, bodycam footage may be used against your security firm, especially if any of the footage could put a guard’s actions in a poor light or contradict previous testimony.

The reverse is also true – bodycam footage can help clear up inconsistency and resolve any legal issues quickly. But they can also be a headache for security firms that want to avoid legal complications, and it’s important to understand their use doesn’t always make things easy.

Another issue with bodycams? People may claim their personal privacy is being invaded. Law enforcement gets a lot of leeway here because of the nature of their job and legal protections already in place, but security guards may have more to worry about here. Generally, wearing bodycams in a public place should be fine (privacy laws can be a notoriously gray area depending on state regulations and developing technology). However, if customers or residents still complain to the owner about the presence of bodycams, this could cause additional trouble.

Audio is an Extra Concern

Bodycams with audio may also create more complications when it comes to privacy and surveillance laws. There are many specific laws focused on wiretapping, and that also applies to video cams that can pick up and save audio (again, law enforcement operates under different guidelines when it comes to these matters). Since wiretapping laws can vary by state, it’s a good idea to look at your state’s laws on audio recordings and see if bodycams are going to be a problem.

If audio introduces new liability issues, there are a couple of workarounds. Businesses may be able to place signs warning that audio may be recorded, as long as bodycams are turned off in private areas – which is customary practice. Or a security firm could invest in video-only bodycams with no audio recording.

Law enforcement and security aren’t the only groups considering bodycams and if they should be mandated. Other industries are also considering their role, and if security guards they hire (inside or outside of the company) should use bodycams. If industries that your firm specializes in are starting to require bodycams, or have at least expressed interest in them, it’s probably time to investigate the costs and training involved. We are seeing this happen in hospitals, schools, and retail stores, with diverse opinions on the subject.

Bodycams are easily available but a significant cost investment for firms: You can contact a vendor and quickly find the right cam setup for your team, including docking stations, mounts for vehicles, and additional features like GPS. One of the most important ongoing concerns is data management since you will need a way to upload and save video footage for review.

The common solution is to have guards dock and upload the day’s footage to the cloud at the end of their shifts, but this will require new guidelines and take a bit of time out of a guard’s schedule. It will also require cloud storage services from the provider, which is a significant long-term cost. A single cam may be a couple hundred dollars, but ongoing data service and maintenance should also be budgeted.

Benefits to Going on the Record

Bodycams also have specific advantages for security guards, especially when it comes to incidents and claims that others may make. Instead of a they said/we said argument that could easily lead to a lawsuit, bodycam footage can provide corroboration backing up the guard’s point of view, which can be particularly important in areas where there are no other security cams.

Bodycams can also be preventative! People who may want to pick a fight, commit a violent act, or break the law in other ways often think twice when they realize the guard is wearing a bodycam that is recording exactly what they are doing. This helps improve safety for guards in potentially dangerous situations. It’s always preferable to prevent an incident rather than deal with the fallout, and bodycams can help with that.

If your firm is considering bodycams, it’s important to plan a rollout that gives enough time for learning the technology, practicing with it, and logging video. It will need to become an integral part of training, so give your teams plenty of time to learn the new guidelines.