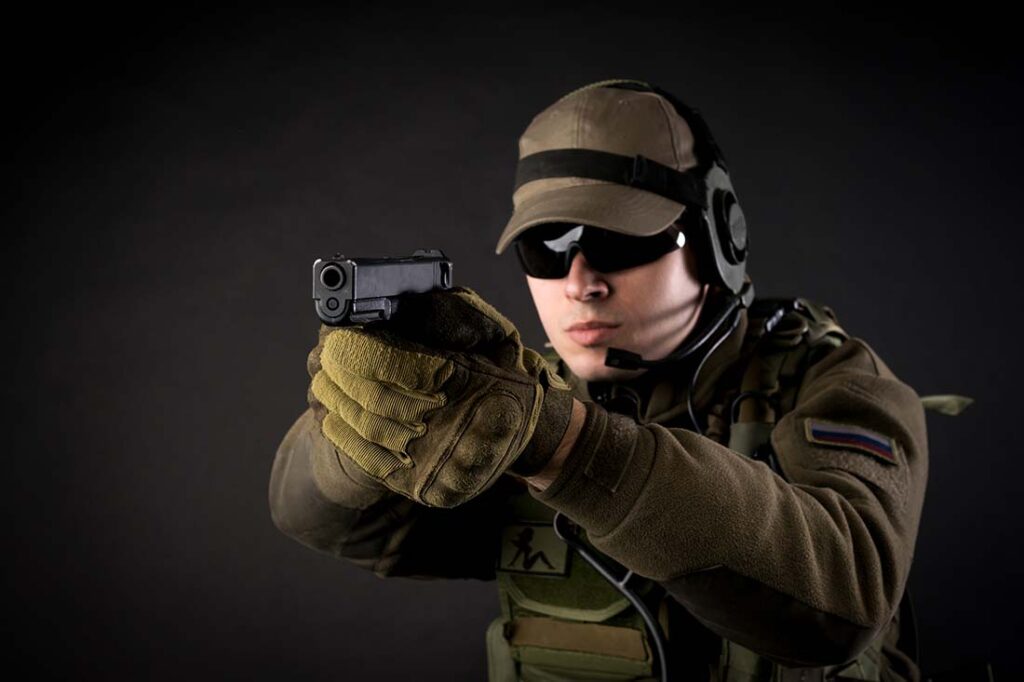 We have discussed before how important it is for security firms to train guards on how to properly use force – and when to avoid using it. This is a vital practice to help avoid injuries, mistakes, and associated lawsuits that come with that liability. It’s also become increasingly important as tensions in common areas like shopping centers have risen during the COVID-19 pandemic, leading to a greater risk of violence.

One of the latest examples of how use-of-force can create major headaches for security firms comes from Portland, OR, where the family of a man shot dead by a security guard this year has sued a security firm for $25 million dollars. The family alleges that the security guard in question was carrying a firearm without the proper certification or training to use one. That is, of course, one of the major mistakes that any security firm can make when deadly force is a possibility. Either way, a $25 million lawsuit can be a huge problem for a security firm, even with liability insurance: It’s not guaranteed that such a high sum would be covered if awarded by a court, and the news surrounding lawsuits like these can be devastating for business.

Security firms aren’t the only ones noticing these lawsuits involving security guards. States are also taking steps to reduce risks in the industry, and that’s leading to some important changes.

New Use-of-Force Laws on the Rise

Security guard training, requirements, and limitations are typically decided by state regulations, which can vary considerably. More and more states are starting to add more specific language to these regulations where they were once left vague. A weathervane state for following these changes is California.

California’s language governing the security industry has traditionally been more specific than many, but it’s about to get far more precise. New legislation has passed in the state to govern security guards and use-of-force. This legislation came about from a CapRadio investigation that was published in 2020, showing that current language used in regulations lacked key definitions and requirements for security guards.

The new legislation requires the California Bureau of Security and Investigative Services to develop a more rigorous use-of-force standard for the industry, along with a training curriculum that will be required for certain types of security guards or jobs. This also includes private security officers like bouncers at clubs or bars. In addition to the new training, the law will also mandate stricter reporting to the Bureau when a security guard is involved in a use-of-force incident. The Bureau will also have increased authority to suspend and revoke security licenses when investigating a case of excessive force. The full changes will go into effect in 2023.

Staying Ahead of the Curve

Think of California’s legislation as a canary in the coal mine: States don’t like seeing these headlines about deaths or injuries caused by security guards, no matter the circumstances involved. They have a vested interest in keeping the public safe and avoiding the appearance that people aren’t safe in common areas like malls, parking lots, or bars. Tightening and defining security guard regulation is one of the simplest ways to address issues. In other words, expect more of these regulations to arrive in other major states.

The good news is, if you’ve been paying attention to our advice on guard training, excessive force, and when guards should be armed, you are probably already ahead of the curve when it comes to meeting increased regulation. Here are a few important practices to keep in mind:

If you aren’t sure where to begin with best practices in security guard training, take a look at your local classes. See which classes are recommended or have robust curriculums that address key safety and use-of-force concerns. While online learning may still be required in some cases, local classes are generally more useful for your guards!