Skip to content
PrevPreviousSecurity Guards and Cybersecurity: The Skills Today’s Guards Should Have
NextSecurity Guard Firms Should Prepare for Use-of-Force Training in 2022Next 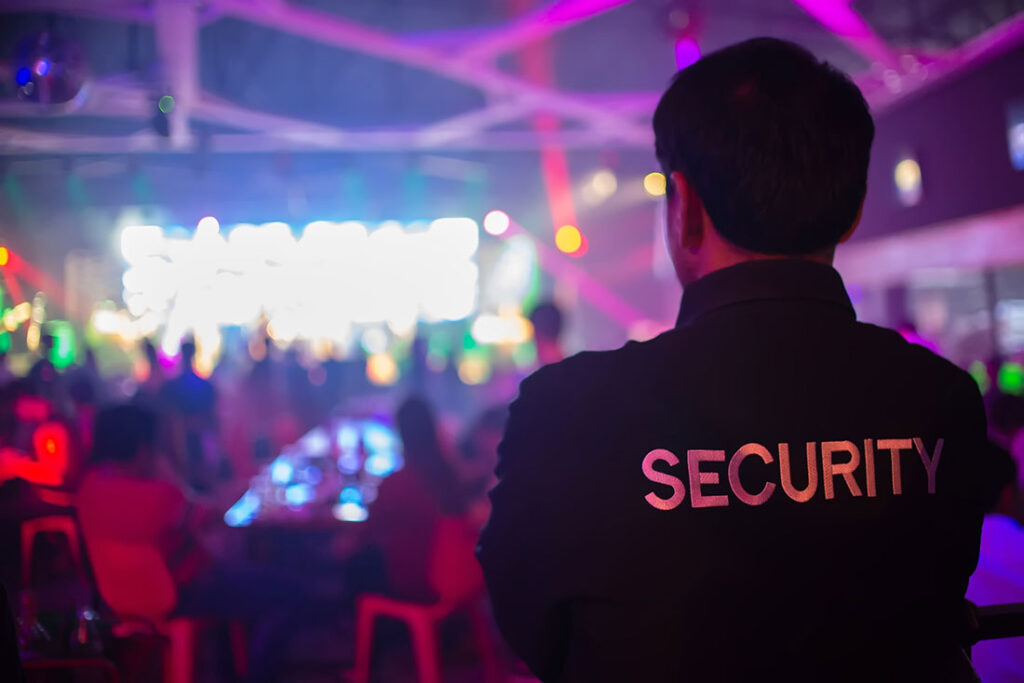 Top Safety Tips for Security Guards During the Holidays

The holidays can be a busy and stressful time for – well, just about everyone. But security guards are in especially high demand due to the growing number of events and the increased possibilities of larceny. During this season, it’s important for security guards to take care of themselves and minimize their own risks. Here are several factors to watch for.

Don’t Let Decorations Get in the Way of Security

The holiday season involves many decorations for businesses of all kinds, especially retail stores and venues where security guards may be hired. Those decorations can be fun, but they can also get in the way of security duties. Guards at a site with a lot of decorations should spare some time to make sure none of them are blocking security cameras (a big red flag), interfering with access points, or making it significantly easier to hide/access protected areas.

If any of those problems occur, it’s time to immediately talk to a manager or point of contact about rearranging the decorations for everyone’s safety.

Guards Should Not Personally Block Points of Access During an Event

Every Black Friday, headlines appear talking about accidents and frequently, deaths, that come about due to panic, stampeding, trampling, and similar issues. Agitated crowds can be very dangerous crowds, especially if they lose control and start rushing for one particular spot or exit. The pent-up emotions and ongoing supply difficulties we’ve seen this year aren’t going to make things any easier.

Security guards should try to contain panic and prevent any stampedes or brawls…but not at the cost of their own safety. Guards should not try to block access points with their own bodies: A panicked crowd will not care or even notice, and guards could get trampled as a result. It’s a better idea to use the audio system in a building or a similar method to direct people.

From parties to sales, any holiday even that gathers a large number of people – several hundred or more – cannot easily be managed by a single guard, or even a pair of guards. For large holiday events like these, it’s better to assign extra guards to the shift than to find out not enough guards were sent.

We know scheduling additional guards can be tricky, especially during busy holiday months. When possible, plan ahead and arrange shifts so that particularly large events get the attention they deserve. Your guards will be safer, and it will be easier to address any events that may occur.

Keep an Eye on Shipments

Businesses tend to get higher numbers of expedited shipments in the holidays, and they are more likely to arrive at odd times. That can prove a popular target for thieves looking for easy products to steal, especially if shipments are left anywhere but loading docks and bays. As a general rule, guards on patrol should keep an eye on shipments and alert the owners or employees if it looks like any shipment isn’t being handled.

Thieves looking to rob businesses have a habit of doing so around opening or closing hours, and this applies to those looking for unattended packages as well. Monitoring is especially important during these times. This is also true when working in a lobby or reception area that can get very busy in the holidays: Burglars may try to rush in at these busy times to avoid detection and look for packages that are easy to pick up and run away with.

As holiday theft rises, one common target is unattended cars in a parking lot. Thieves see these as low-risk targets, and the holidays mean that cars are more likely to have gifts or other valuable items inside. Guards should be prepared for this. It’s a time of year to pay closer attention to parking lots when on patrol, especially unattended vehicles of any kind, and alerts of unexpected movement in parking at odd times. Simply being present on frequent patrols can be enough to help deter anyone wanting to break into a car.

Have a Plan for the Intoxicated

The holidays also include a lot of drinking events, and security guards may face an even higher chance of dealing with unruly people or making sure the intoxicated aren’t a danger to themselves or others. There are plenty of resources discussing this issue in the security industry, as well as training programs and tips specifically for guards that are dealing with inebriated people while minimizing liability issues.

Add an Extra Layer for the Coldest Patrols

It’s important for guards to watch out for their bodily health, too. Nighttime holiday patrols can be some of the coldest. Don’t be afraid to bundle up with an extra coat, gloves, and other types of insulation. Just make sure they don’t interfere with easy access to gear and comms.

Remember, employees, customers, and others may also feel at greater risk during the holidays. Whether it’s simply escorting someone to their car or making sure kids feel safe when visiting Santa, there is plenty that security firms can do to make sure everyone enjoys the holidays. Don’t forget to acknowledge this for both yourself and your team.