Skip to content
PrevPreviousSecurity Guards and Vehicle Safety: What Policies Should Your Firm Have?
NextEmployee Dishonesty – Are You Confident in Your Coverage?Next 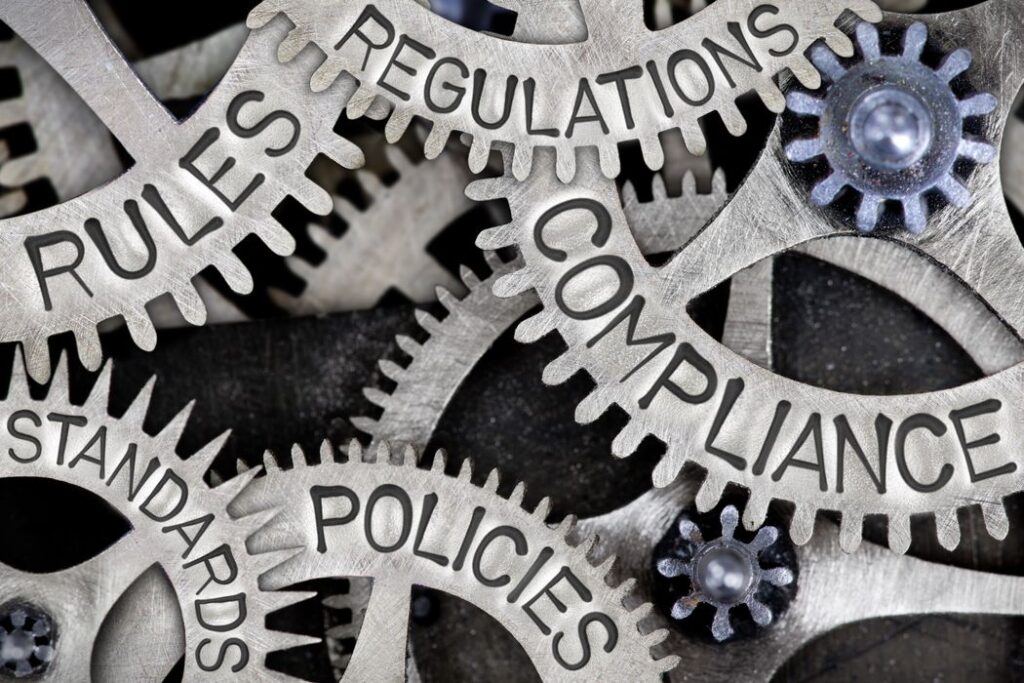 We have talked about issues related to security guard regulation before, but it’s time to shine a spotlight on it again, because things are starting to change even more quickly – and it may have widespread ramifications for the industry in the coming years.

Security guard regulations – which include the licensing, insurance, and registration that guard companies need, along with specific rules that security guards must follow – can vary greatly from place to place. This is largely because regulations are decided state by state, and overseen by regulatory bodies created by states, which can look quite different depending on where you are living.

That means preparation also varies for companies depending on where they are deploying guards. In Alaska, 48 hours of training plus eight hours of firearm training are required. In South Carolina, it’s only four hours. Some states have training requirements for armed guards, but no requirements for unarmed guards. And other states don’t have any licensing requirements for guards at the state level at all, but each city may have their own individual rules.

This can require plenty of research for new security guard firms, or those looking at expanding operations. But more uniform security guard regulation looks like it’s on its way – here’s why.

Efforts have been made in the past to update security guard regulations or make them mandatory across a variety of states. There are also organizations specifically designed to push for these changes, such as the nonprofit ASIS International, which has been used as a guideline for creating state regulatory bodies in the past.

The problem with these previous efforts is that legislative pushes have mostly failed. There hasn’t been much interest or widespread support when it comes to creating statewide standards and oversight, which led to frequent losses for such bills. While this may have made it easier to start a security guard company in many areas, it also lowered the overall quality of security guard services – and, statistically, lesser-trained guards are more likely to quit.

Then 2021 happened. Requests for security guards skyrocketed, and the industry saw some of its greatest growth in years. Part of that growth also included a lot more headlines and incidents involving security guards. Altercations about mask requirements led to deaths and stabbings. Lawsuits arose over misuse of force. Rioting brought security guard roles under closer examination. This particular case in Denver, where an unlicensed guard shot and killed a protester (his firm could also face criminal charges), was a particular highlight in the current issues of the industry: Denver has security guard licensing requirements, while Colorado does not – even though the state does have requirements for many other professions, including even nail salon workers.

All these developments have pushed industry regulation to the forefront, not just in Colorado but around the country. Calls for clarification and more uniform laws are on the rise. We don’t know exactly what will happen, but here are several changes that security guard firms should prepare for anyway.

Even existing regulatory bodies don’t always run background checks or check federal databases for any prior issues that could prevent someone from carrying a firearm or becoming a security guard. We expect this to be one of the first things to change: These types of background checks are easy to implement and add to existing requirements, making it a safe first step for states looking to help protect guards and citizens alike.

If your firm doesn’t already have full criminal backgrounds at the federal level, it’s a good time to adopt these basic practices when hiring as well.

The time may soon before for states without any federal licensing requirements. Having security guard rules that shift from city to city is no longer a practical or efficient approach to the industry. Statewide regulations will be on the rise in the 2020s, and it’s more likely that voters will be supportive of such legislation as reliance on security guards increases in everyday life. Licensing is in a general an excellent practice to adopt, and we highly recommend it.

It may take years, but look for talks about federal regulations for the industry to start as well. Many other industries have federal bodies in charge of recommending best practices and reviewing compliance, making this a likely path for the industry.

Even if no legislation is on the way in your location, remember to keep an eye on any new requirements that your city may be considering. Establishing reasonable training requirements within your own firm – plus consistent training with regular updates – will help keep your guards healthier, safer, and better prepared for any event, as well as lowering liability risks for your company. No matter what is on the horizon, there’s no better time to review in-house training protocols.