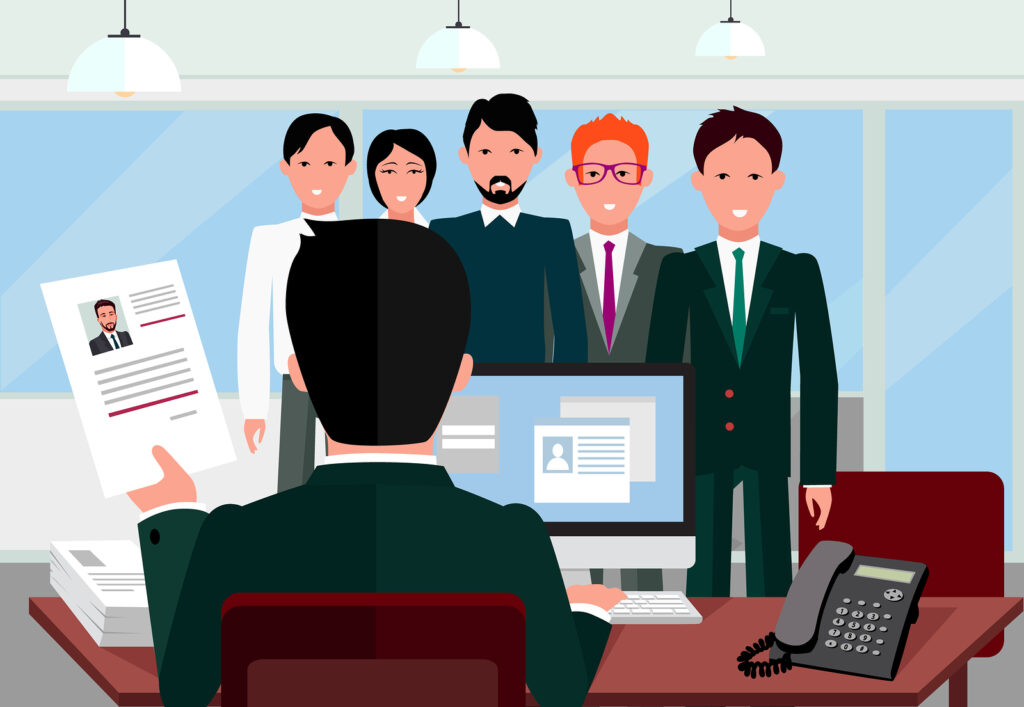 Reduce Exposure to Liability in The Hiring Process

With the current economic situation in the United States, thousands of people are looking for jobs and the workforce continues to be more unstable than ever before. Guard company Human Resource managers usually attempt to hire only the best employees by adding to the pre-employment process to ensure complete adherence to state and Federal employment laws and regulations. Strict Federal laws and guidelines dictate the time frames allowed to hold an applicant accountable for criminal acts when conducting a criminal background investigation. These Federal laws and guidelines also state what constitutes legal qualifications in the hiring decision for those persons who may have a criminal record(s) somewhere in their past.

One issue that continues to add to the difficulty in the due diligence of the hiring process is verification reference checks with previous employers. Unfortunately, in today’s litigious environment, fear of employment-related lawsuits have become commonplace. To protect themselves, many employers will only provide dates of employment, job title, and eligibility to be rehired. Thus a potential employer does not always get the full picture of an employee candidate’s previous work history. Numerous lawsuits stemming from hiring procedures have resulted in keen focus and attention by our judicial system regarding hiring practices in use today.

Some guard companies also attempt to verify previous employment and require a pre-employment drug screen. The vast majority of states today require security guard companies conduct pre-employment criminal background investigations. The pre-employment criminal background checks generally include county, state and Federal records checks in every place of residence over the previous seven years. Two areas often overlooked in this hiring process. The first is Social Security number verification of the individual who’s background you are checking. This check is to be certain that the person they are checking on is who they say they are. E-verify is a government service that is available online and is an excellent method of verifying the identity of a security officer candidate. The second overlooked step is the Sex Offender check. This is an inexpensive additional check that has the potential of saving a company from a huge exposure to liability and perhaps even some ugly publicity.

Most of us are familiar with the legal term “negligent hiring practices.” Unfortunately many are not familiar with the difference between negligence and gross negligence. The difference in these two legal terms can significantly affect the final outcome of a lawsuit and contribute to the potentially devastating publicity associated with a lawsuit. Every company could reduce their exposure to liability by taking these two overlooked steps in their hiring procedure; verify the identity of the employment candidate and perform a sex offender check during the routine criminal background check.

Assume for a minute that you hire a person who unbeknownst to you has a criminal record for sexual assault perhaps ten or more years ago. Let’s further assume that this individual you hired is sent out to stand post at a client location and as a result will have regular contact with females at this location. After a period of time, this security officer sexually assaults a female he came into contact with. Here’s the potential effect on your business. In addition to criminal charges being filed against your employee who committed the assault, a civil lawsuit is also likely to be filed against you for negligent hiring practices. During the pre-trial discovery phase, the plaintiff’s attorney learns that you did not conduct a full criminal background investigation that included a Sex Offender check on this employee. As a result, it would likely be determined that you were guilty of “negligent hiring practices.” There is also a good chance that this situation would have come to the attention of the local media potentially resulting in bad publicity for your company. Obviously, had you conducted the Sex Offender records and found that this person had a past history of this offense, you may have hired this person but being a good manager who abides by the law, you would have placed him in a position that resulted in very limited female contact. In short, you have done the necessary due diligence and reduced your exposure to liability in the process.

This is the same scenario as number one except that you did the Sex Offender check and found that this individual had been convicted of sexual assault 15 years ago, served five years in prison but for the past ten years had been a fairly good citizen with a clean criminal record. You decided that this person deserved a second chance and you hired him. Once on board, he proved to be a good employee, validated your trust in him so he was assigned to stand post at that client’s location on a daily basis. After a period of time, a sexual assault occurs. Once again, criminal charges are filed as well as a civil lawsuit against your company for negligent hiring practices. But this time, the civil outcome would be much different. In the discovery phase of the pre-trial preparation, the plaintiff’s attorney learned that you did conduct a full criminal record check including a Sex Offender records check. You were aware of his past criminal acts and despite his history, you placed him in a position to come in regular contact female customer employees. In this case, you would be deemed to be guilty of “gross negligence” because you knew of his past convictions and knowingly placed him in a position to come in regular contact with the females. In all likelihood, if the case went to trial the jury would award a huge sum of money to the victim in this scenario. The gross negligence on your part would be so obvious that it would probably never see the inside of a courtroom, your attorney would no doubt advise you to settle if you could. While the final details of the settlement decision would not be disclosed, the facts surrounding the case itself would again be the subject of a number of stories in the press, exposing your company to some potentially bad publicity. While you as an employer took the proper steps in your hiring due diligence, in this scenario the hiring steps were taken were not appropriate exposing you and your company to a large financial settlement, some bad publicity and possibly a lingering bad company reputation. The notoriety could be very damaging to your company’s reputation.

In either scenario stated, the outcome certainly would not be good for all parties concerned. You, your company and the victim would suffer greatly from this incident that potentially could have been avoided. In our haste to conform to normal business practices, the pressures of filing much-needed vacancies in the workforce and maybe save a few bucks in the process, companies sometimes fail to see the big picture. The time it takes to obtain a complete criminal background investigation is normally about 72 hours or three business days. This timeframe depends on the number of different resident locations where the applicant lived. Using either E-Verify or requiring a Social Security number verification usually is a very minimal expense and requires little of no additional time to complete. Finally, spending an additional $4.00 to $6.00 dollars which is the average cost for a Sex Offender records check, is a minor expense when you consider that the failure to do so places your company at serious risk by unnecessary exposure to liability.

Well known for is expertise in the security industry, he has 36 combined yrs experience in law enforcement and security. His qualifications, education, training and security background are unique. In addition to assisting security companies grow their business, he conducts Risk Assessments for companies, organizations and upscale gated communities aimed at reducing exposure to liability and loss. As the owner of Hamilton Consulting Services, Inc. he is Board Certified in Security Management, a Certified Personnel Consultant and an internationall published author. For more information visit his web site at www.hamiltoncsi.com