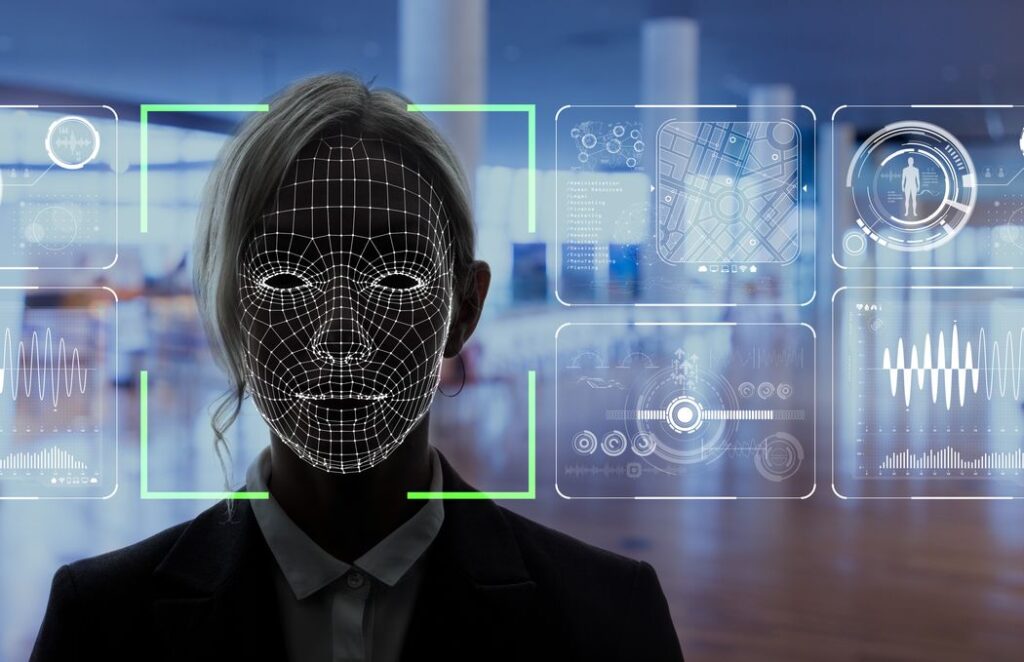 Facial recognition on cameras and security cam software has reached the point where it, like other key technologies, is affecting commercial markets and law enforcement – and that could mean major changes for the security guard industry, too. Some of those changes are already starting to happen, and the next several years will be a key turning point in how security firms – and everything else – deal with facial recognition technology. Here’s where we are.

Today’s security systems are already starting to use facial recognition technology. This is AI software that analyzes the geometric planes of a person’s face, and then consult a database of faces to try and find a match – similar to fingerprint searches, but a face is far easier to capture, even at a distance. Pair this with today’s high-resolution and night vision security cameras, and it can be an effective system for identification or at least leads. Governments already tend to have databases of faces for drivers licenses and other purposes, so it’s a growing technology in law enforcement, too.

The advantage of facial recognition is that it’s not really a hardware-base technology that needs to be implanted into the security cam itself – most of it depends on software that analyzes images after the fact. That’s why we’re already seeing today’s security systems being used for facial recognition. Retailers, casinos, banks and other organizations are also very interested in the technology for commercial purposes, and many have already embraced some type of face tracking.

Since security guards are often stationed at access points where they see people directly and have people’s faces tracked by security cams, they are in a prime position to be questioned by police – and those interviews are starting to include a lot more photos thanks to facial recognition.

In these cases, police will identify someone they believed has committed a crime on security cam footage. They then use facial recognition to bring up a match for their face – say, a driver’s license with a much clearer image. For corroboration, they’ll show this new picture to the security guard and ask, “Is this the man from security footage?”

It’s important for security guards to maintain honesty when faced with these questions. Guards may not remember the person at all or may not be able to tell much from a different photo: If that’s the case, it’s important that they say so. There was a recent case in Detroit where a casual corroboration from a security guard led to the arrest of a man who was later released without charge and landed the city in hot water over the use of the technology. The best course is sticking to facts and honest recollections.

Facial recognition is not like a fingerprint reader, in that it can still be quite flawed. The technology is relatively new, and accuracy is not guaranteed. The quality of the image being analyzed also matters, and many security cams can’t offer particularly good photos for analysis. There’s also the problem that facial recognition technology tends to mis-identify people of color and women while being more accurate for identifying white men. The field has a long way to go.

2020 Has Created Its Own Challenges

2020 has proven a challenging year for facial recognition in more ways than one, mainly due to everyone wearing masks. Masks don’t totally prevent facial recognition from working, there are still dimensional points that it can chart, but it does tend to make it a lot less accurate. This has kept the field from growing as much as it would have throughout the commercial sector, at least for the time being.

Expect the Technology to Remain Controversial and Regulated

Facial recognition technology has also started to get a lot of attention in government and political circles – and that could also yield some big changes, due to many of the issues we’ve already cited. If facial recognition has some implicit biases or struggles with accuracy, governments may not want their law enforcement agencies to depend on it to make any decisions.

There’s also the issue of privacy, which has become a key point for many citizens worried about overreach. Laws may be passed to prevent departments from using or collection facial recognition data to help protect privacy – discussions on these measures are ongoing at state and federal levels.

However, it’s also important to note that laws and regulations are primarily focused on law enforcement at this time, while commercial companies generally face fewer restrictions in using facial recognition tech on their own.

While the broad facial recognition industry is particularly turbulent right now, smaller applications can be very useful. For example, minor facial recognition security at access points is an easy way for people with clearance to sign into buildings, or for security firms to protect their own stations and computers with biometric logins. While the future of using facial recognition in public is uncertain, these more focused uses offer plenty of benefits without complications.