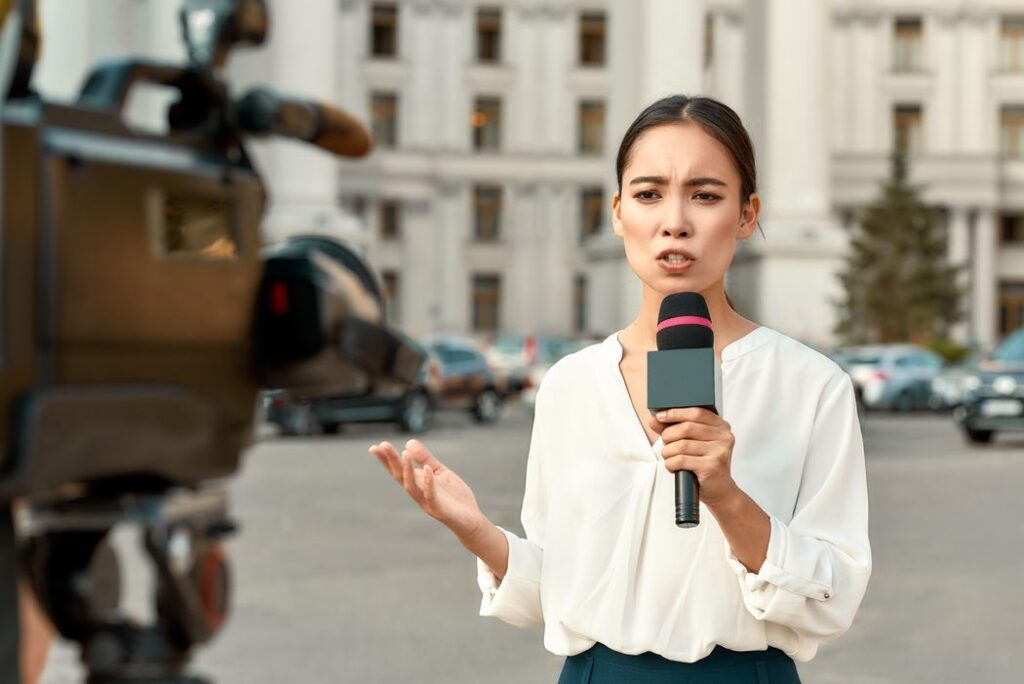 In many ways, 2020 has been a boon to the security guard industry, as firms have seen increasing demand for guards in a variety of circumstances, from business owners interested in protecting their storefronts to retailers trying to manage surges in demand or new coronavirus-related regulations.

But one area where we’ve seen some surprising increases in demand is an unexpected and busy corner of the media industry: Reporting. As more reporters in the field seek security guard hires for their jobs, the market is expanding – and bringing new risks along with. Here’s what is going on.

Why Reporters and Journalists are Hiring

At first glance, it’s hard to see why reporters out in the field would need security guards – they’re frequently on the move, always in contact with others through a variety of means, and may have unpredictable schedules based on how local news unfolds. These aren’t exactly ideal conditions for a security team! But here are several factors that have recently contributed to pairing up reporters and guards, and why more news organizations are looking into it.

2020 has put more reporters in risky situations: This year has seen unprecedented action for news agencies trying to cover events on the ground. Protests and riots covering a range of issues caught a lot of attention around the country, and inflammatory language against journalists quickly grew. Riots and protests are inherently more dangerous for reporters than the average news coverage – especially when people attend armed with weapons, which has been another common factor in 2020 that has already resulted in a number of unfortunate deaths. It’s no surprise, then, that media agencies are looking for new ways to protect reporters while they cover some of the most important news events of the year.

Reporters need to be near the source of the action: Some journalists can stick to commentary or secondary sources to create content. Reporters are in the unique position of needing to be at the center of the action, even if that action is dangerous. They often have to report live and being on-site is both important and necessary for video footage. We see this even during dangerous weather conditions…although security guards are of limited help for those events. For more human-oriented danger like riots, guards are a more effective option for control.

Reporters are easily identifiable: An individual or group looking to cause violence and chaos often picks a target as a focus for their efforts – and it may not matter what that target stands for as long as they are highly visible. Reporters are some of the most visible people at events, easily recognizable by their crews, devices, and efforts to cover the event. This can make them more likely targets than others, and once one reporter is targeted it can start becoming more common.

There are no easy security options for working reporters: Reports are busy people: They have to juggle monitoring events, positioning themselves, working with their crew, and managing a wide variety of (often heavy) audio and video equipment. As a result, they really aren’t in a position to protect themselves or anyone else. This means the entire crew may be more vulnerable and have few defensive options, which makes relying on help more important.

They have valuable equipment to protect: That audio and video equipment we mentioned also represents significant value for the news organization. If a reporter is attacked, it’s also likely that their equipment will be damaged or destroyed, costing thousands of dollars to replace after the incident.

The Risks of Covering Reporters in the Field

Media companies are currently wrestling with how to properly protect their reporters under these shifting conditions. Few are willing to divulge their plans, but hiring security guards has certainly grown more popular in the meantime. This represents opportunities, but it also creates new risks that security firms need to be aware of.

An excellent – albeit tragic – example of this occurred in Denver, where security guards were hired to cover protestors covering a rally in the city. One of the security guards, armed, shot and killed another man at the rallyafter being sprayed with mace, and was later arrested. It was discovered that the guards hired by the news agency didn’t meet the licensing requirements of the city – Denver and Colorado’s confusing take on this is a second example of why security guard regulations are starting to tighten up these days.

Things couldn’t have gone much worse in Denver for everyone involved, but the incident does highlight how well-trained and careful guards must be when assigned to reporters, and how events can quickly spiral out of control without careful vigilance.

Final Notes: How to Advertise for News Organizations

If your firm is interested in partnering with local news agencies for coverage of more dangerous events, make sure to underline that your guards are fully trained and licensed. Highlight your company’s experience with similar high-risk events in the past if possible. If you offer both unarmed and armed security services, make those options clear when talking to media organizations so they know they have more choices.