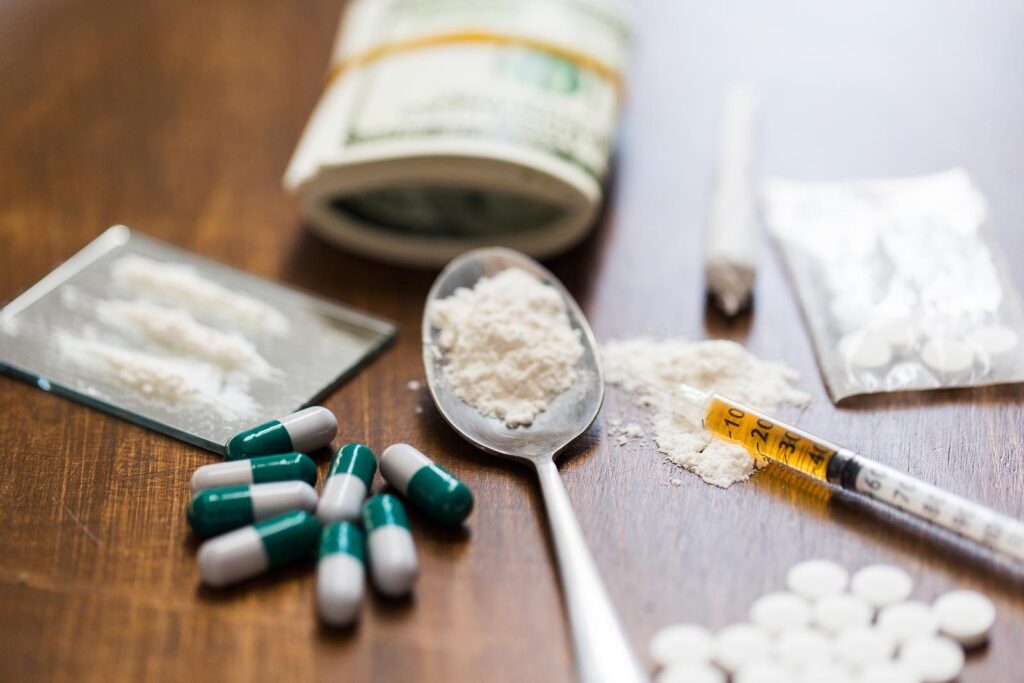 As the National Institutes of Health (NIH) tells it, America is facing a literal epidemic of black market drug abuse. With an estimated 2.2 million individuals self-reporting a drug addiction, and one million of those self-reporting a drug-related emergency room visit, it is clear that drug use is a major issue.

As of Thursday, August 10, 2017, President Trump stated that the opioid crisis is a national emergency. Trump also established a panel to evaluate crisis management options, who promptly related current opioid use, with 100 Americans dying each day from opioid overdoses, to the tragic events of 9/11.

The issue of drug abuse, drug trafficking and drug overdose is not going away. Increasingly, Professional Security Guards are being confronted with this potentially explosive issue. In this article, learn how Security Guard duties are affected by this epidemic and how to take the right approach.

As of August 2017, a total of six states – Florida, Virginia, Alaska, Maryland, Massachusetts and Arizona – have declared a statewide public health emergency due to drug use and abuse.

In all cases, the decision was prompted by continued increases in opioid-related deaths, along with increasing costs of the only drug that can reverse an overdose condition, naloxone. The goal of issuing the state of emergency has been to obtain access to financial resources that are reserved for emergency situations.

With access to these types of funds, the states and cities most affected by drug overdoses and fatalities have begun to train law enforcement personnel in how to administer naloxone, issue updated public information and education resources, implement drug monitoring programs and other similar actions.

The Role of the Security Guard?

Drug and alcohol abuse has become a mainstay issue nationwide that Security Guard Personnel may face as frequently as on a daily basis. Because drug-related issues are so frequently linked to violence, it has also led to a rise in the number of Security Personnel choosing to apply for Security Guard liability insurance and security company insurance as an extra protective precaution.

No matter where you work, widespread drug activity virtually ensures you will encounter this issue at some point at your worksite.

For example, in Oklahoma City, OK, a active duty Security Guard identified what appeared to be a drug deal in progress at his post at the Metro Waffle House very early one morning.

He contacted the local police immediately. A unit was dispatched and two arrests were made. Because the Security Guard knew what he was looking at, he was able to aid police in arresting two repeat drug offenders.

If you work for a security company, your employer may be willing to fund drug violence-related continuing education and training.

Some cities or states may also have extra funding set aside for Security Guard training, although the availability and amount of grant funding can vary greatly from year to year.

Here are two federal program examples that can provide support at the state level:

Drug laws can vary greatly from state to state. However, all states have laws of some type to address drug activity in these three areas:

– Legal vs. Illegal drugs. This set of laws addresses whether the drug possession is legal (with a medical prescription) or intended for illegal recreational use.

– Possession vs. Distribution vs. Trafficking. Individuals possessing drugs which they have no value prescription for, whether illicit or legal, may be intending to deliver or sell these drugs for profit and may be acting outside the law.

– Drug Manufacturing. These laws apply to individuals who are making drugs (prescription or illegal) to sell for profit.

Put Your Own Career Protection in Place

A big part of taking the right approach as a Security Guard is to put your own protection in place. A Security Guard insurance policy will allow you to perform your Security Guard duties and responsibilities with the peace of mind of being covered while you help intervene in drug-related incidents. Contact us today for a free no hassle quote.