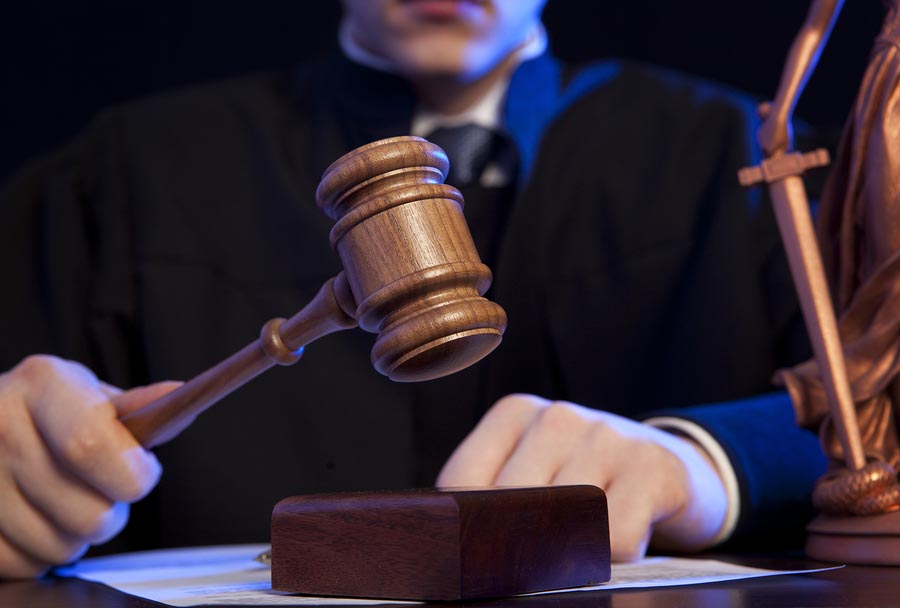 August 3, 2015, was a very difficult day for a diverse group of people. On that day, Juana Elena Valdez committed suicide by falling from the roof of the 27-story Standard Insurance Center building.

On that day, 20-year-old Security Guard, Tyler Davis Benson who was employed by AlliedBarton, tried to stop Ms. Valdez and failed. On that day, many onlookers – pedestrians and motorists – witnessed a sight they won’t soon recover from.

One woman lost her life, and now another person stands to lose his job if a recently filed lawsuit makes it to court. His employer, AlliedBarton Security Services, also stands to pay out a hefty penalty in fines if that occurs.

But She Committed Suicide….?

Eyewitness accounts and Benson’s own account all seem to point to one fact: Juana Elena Valdez intended to commit suicide on the day she walked up the stairs towards roof level access of the Standard Insurance Center building.

When she reached the door leading to the roof on the 27th floor, she found it locked and turned around to head back down the stairs again. Whether she was aware of it or not, she had an observer – Benson, who was patrolling the stairwell at the time.

For reasons that are still unclear, Benson first observed Valdez attempting to gain roof access, then turning around to walk back down the stairs, and then he chose to unlock and open the roof access door himself.

When Benson unlocked and opened the roof access door, Valdez quickly took advantage and darted through the open door onto the roof, where she then swiftly proceeded to the edge. Benson’s official statement to police told of his attempts to talk her out of crawling up onto the roof ledge. When those failed, Benson stated that he then tried to physically restrain her from falling.

As Oregon Live would report later that day, neither Benson’s verbal nor his physical attempts to save Valdez were successful. She fell while he was still holding onto her arms, and he had to release her to avoid following her down. To further complicate and confuse matters, Benson gave two statements to officers on the scene. The second statement contained a great deal more detail than the first, calling Benson’s entire testimony into question.

The medical examiner assigned to the case ruled that Valdez’s death was a suicide.

A Lawsuit Gets Filed

Fast forward to April 3, 2017, and Oregon Live reports that Valdez’s mother, Juana Cervantes Galindo, has just filed a lawsuit on behalf of her daughter’s estate. In the lawsuit, Ms. Galindo holds Benson and his employer, AlliedBarton, responsible for her daughter’s death.

Ms. Galindo claims that Benson’s actions indicate he both encouraged and failed to prevent Valdez’s fall. The lawsuit aims to collect $5,000 reimbursement for Valdez’s funeral and burial expenses and an additional $500,000 for unspecified reasons (i.e. pain and suffering).

Valdez left four children behind. They currently live in the Republic of Yemen.

Who Was Really at Fault?

It can take years for a case to finally see the inside of a courtroom. In this case, it will be up to Ms. Galindo and her attorney, Michael Sahagian, to prove beyond a shadow of a doubt that Benson and AlliedBarton, the Security Company that was employing him at the time of Valdez’s death, are indeed responsible for Valdez’s successful suicide attempt.

This may involve finding precedents in previous cases, re-interviewing eyewitnesses and further interviews with Benson and his employer. Who was really at fault? Would that assessment change if Valdez’s death was not ruled a suicide?

In fact, there is some precedent in charging a Security Guard in the injury or death of individuals who might be considered “innocent bystanders.”

As one journalist describes, if an implicated individual’s behavior is deemed to exhibit a “reckless disregard for life,” that individual may be held responsible for harm caused to another.

While there is no way to predict how this particular case may play out, the case makes it clear why more security professionals are opting to carry their own Security Guard Insurance policy.

Ultimately, having a Security Guard Insurance policy in place may prove protective when it is most needed. Call and speak to a representative at El Dorado Insurance today to find the right policy for you.