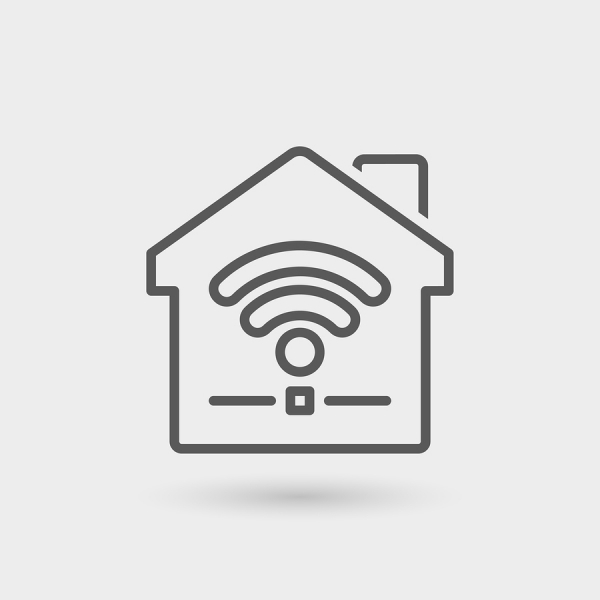 When it comes to Broadband Internet, businesses definitely have the advantage over residential customers when it comes to the reliability of broadband networks. Most network providers – quite rightly – put the majority of their resources into keeping business lines functioning and running smoothly. In addition, businesses are more likely to have backup generators when the power goes out, so modems are more likely to continue to operate when there is a power outage. So when it comes to WiFi communication, businesses definitely have greater security via this means of communication. Since WiFi is not the only means of communication that wireless systems rely on, however, the advantage to businesses is a slim one.

In an age where fewer and fewer people have land based phone lines, cell towers and satellites are expanding at a rate that leaves fewer and fewer gaps in coverage. Wireless systems most often utilize sensors placed throughout the home or business that communicate wirelessly to the central control panel, generally by means of radio frequency technology. In turn, the control panel then communicates wirelessly to the security company and other responders, such as the police or fire department, via a cellular “uplink.” Essentially, the system is it’s own cell phone. While cellular communication may not be a reliable back up to WiFi in a rural area or in rarer and rarer dead zones (such as a residential area located in a canyon), there are more and more areas that have consistently reliable cell coverage to provide means for security companies to seamlessly monitor security systems remotely.

Wireless mesh may be the most important advancement in creating utmost reliability in wireless security. Wireless mesh systems are created when transceivers are installed in multiple customers’ homes throughout a metropolitan or heavily populated area. Each transceiver communicates with a base station and can act as a repeater for other customers. This creates an impressive fail safe if one customer’s broadband and cell service should happen to disappear at the same time. Again, the security of wireless systems is dependent on communication, and creating a wireless mesh system means that no one customer is dependent on their own services being up and functioning. Utilizing this approach enables each customer’s security communications to take numerous paths to the central station, which goes a long way toward ensuring that communications are successfully completed.

Obviously, the more heavily populated an area is, the more effective wireless systems will be. Overall, however, wireless home security systems have come a long way and provide multiple avenues of communication in the midst of all different types of emergencies.

Fill out the form to the right to get in touch with us today, so we can go over your alarm and security system installer coverage to make sure you have the maximum protection you need.