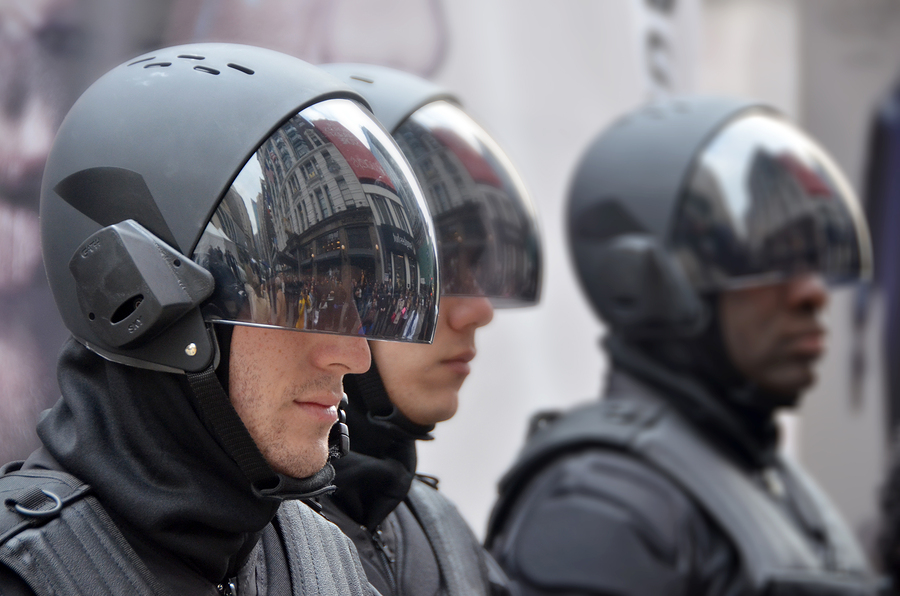 Will Robots Really Be Able to Replace Human Security Guards?

Although robotics has taken center stage when it comes to security details, there are a few reasons why the human factor can never be completely replaced. There are consistent arguments that robots are cheaper than human capital because there are no significant overhead costs such as overtime, health insurance and other benefits, while being able to work 24 hours a day.

Is that a good thing?

While it may sound like an innovative move into the future, autonomous robots come with their share of nuances and issues. Consider a robot on the street with hundreds of pedestrians. Will they be able to function well enough to handle certain disturbances, or operate in those type of environments and not become a threat?

As it currently stands, there are lots of issues surrounding the use of robots for security. In San Francisco, the city is trying to figure out how to stop robots from hurting people, pushing children and dogs over, or accidentally running over people’s toes. Additionally, if something goes awry with the robot, how would you quickly contact the owner?

The instances where robots have not functioned properly are increasing in frequency. Is this harmful to humans, and how can these types of situations be alleviated? One alarming instance is when a delivery robot in Redwood, California got too close to the edge of a train platform. Although someone tried to yell at the robot, it’s response was a recorded message. Humans were expected to yield to the robot as if it had the right of way. There was no sticker or anything to contact the human owner.

Looking toward the future

Robots have limited capabilities that could aid on some level, but in volatile situations, or in situations where a need for instinct and empathy may be warranted, human capital is irreplaceable. The amount of accidents occurring with the attempt to assimilate robots into everyday indicate it is not time right now to consider a robot the viable solution for human capital. While there are some cost savings involved in using robots, the implications surrounding their overall effectiveness is still in question.

Security robots may appear harmless, but as history has dictated, you cannot judge a book by its cover. Policy standards must be formulated to cover robotics that may be poised to replace human capital in areas like law enforcement. Can they really save manpower, and who programs those robots to know when to avoid hurting someone?

As time continues to evolve, the shift toward using robots to replace human capital is enticing, but at what risk? Is there really a reward if something goes wrong? All these questions lend credibility toward understanding why human capital cannot be totally replaced. Robots are controlled by man, repaired by man, and upgraded by man. Without proper protocols in place, robots will be hired to do the job and run into situations where humans may be put at risk.

Overall, good technology helps things function better, but machinery always has a way of breaking down, which brings everything back to the human counterpart. Additionally, while robots are useful, they do have certain limitations that humans do not. Can security be compromised with bad software being uploaded to a robot? Absolutely. It’s something to think about – humans will always be needed to pick up the pieces and overall, dictate how robots in security will move forward.