Skip to content
PrevPreviousHow Much is Excessive Force to Keep Others Safe?
NextShould Transit Security in San Francisco Lose the Weapons?Next 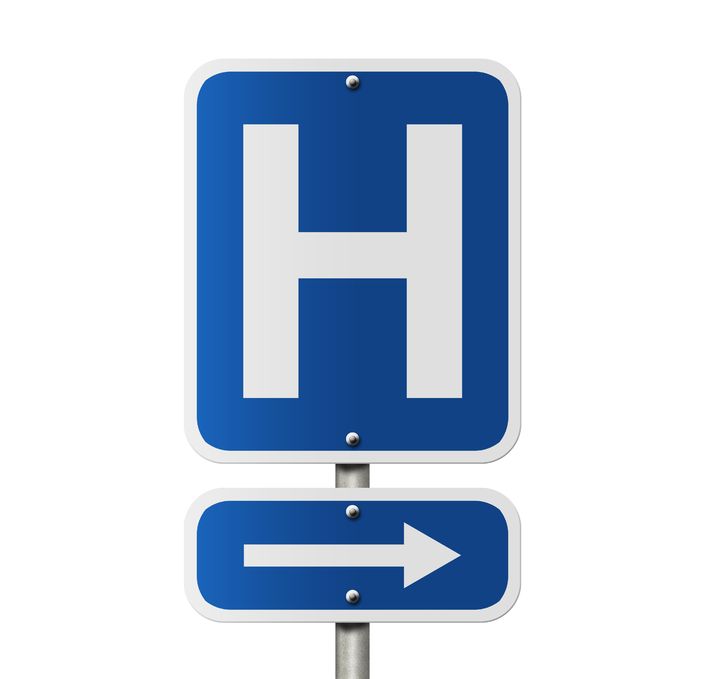 This past spring a suspect accused in at least a dozen bank robberies named Wossen Assaye sparked a massive manhunt after escaping from Inova Fairfax Hospital in Falls Church, Va. Assaye was allegedly able to take the security guard’s gun who was keeping watch over him when another guard assigned to his custody to take a bathroom break. The man was later taken back into custody when instigating a couple of carjackings in Washington, D.C.

The above instance is only one of the many escape attempts made by prisoners being treated at hospitals in recent years. What’s worse, says Bryan Warren, director of corporate security for Carolinas Healthcare System is that many people have a belief that while these like this can and do happen and pose dangers to hospital staff and patients, something like this will not happen in their facility.

“It doesn’t matter where you are geographically, it doesn’t matter what kind of neighborhood you are in or really what kind of patient population you typically serve, law enforcement can bring a prisoner into your emergency department at any time. It really isn’t an inner city or an urban issue, it can truly be anywhere,” says Warren. He continued on to add that a leading cause for these incidents includes ineffective communication between hospital staff.

“Many times, even in hospitals with policies and procedures and good processes, you still see that lack of communication. You can have a custodial patient and the only way that security finds out about it is they literally stumble across them doing patrol rounds,” articulated Warren. “That patient could have been there for hours without any notification whatsoever and I’ve seen that in small hospitals and large hospitals. Everyone needs to work better on communicating when those patients are in the hospital – the nursing staff, the direct patient care team – they need to be speaking with security representatives to make sure everyone is on the same page.”

Raising awareness that these incidents could happen in any hospital is a first step toward decreasing the frequency of these incidents. In addition, the IAHSS has a list of best practices hospital security should follow in ensuring their facilities are protected against the threats posed by forensic patients.

A huge issue among hospital personnel is that they don’t know what to do when they’re handling a forensic patient. For example, Warren says that some staff members may mistakenly believe prisoners can demand to have restraints removed, when in actuality that decision is up to the law enforcement officer overseeing custody. If however there are designated areas with proper training around them, staff will be prepared for dealing with forensic patients when the time arrives.

As mentioned in the story at the beginning of this article, Assaye was able to escape only when one of the two security guards assigned to him took a bathroom break. As such, Warren says that the dangers around providing relief should be top of mind for guards on duty, not only when a guard needs a break but also when a prisoner requests to use the bathroom.

Warren says one of the most effective ways in increasing hospital safety is to require health care facilities proactively educate forensic patient staff who are going to be transporting prisoners to and from the hospital. This includes educating local police departments. Yet due in part to budget constraints, some law enforcement agencies have turned to 3rd-party guard service providers to transport and oversee prisoners receiving treatment at healthcare facilities – who may not be well educated on protocol.

“What we’ve done and, I think is a good idea that others should do, is we’ve proactively taken that information and we’ve gone to the local police departments. We don’t wait for them to come to us with a patient with them. We go to their training facilities, we go to their briefings and we have good liaison and relationships with the jurisdictions in our area and we provide them the educational material so that it becomes part of their routine in-service training,” Warren says. “That way your police and your local law enforcement aren’t seeing it for the first time when their mind is really on securing their prisoner patient and not what you’re handing them.”

Verify All Areas Frequented by the Prisoner are as Free of Hazardous Items As Possible, and Required Weapons Secured

According to Caroline Ramsey-Hamilton, president of Fort Lauderdale, Florida-based security consulting firm Risk and Security LLC, is the carrying and handling of weapons by guards overseeing forensic patients in the hospital. In fact between 2000 and 2011, according to the Joint Commission there were 154 hospital-related shootings, 59 percent of which occurred in the emergency department.

Many of the aforementioned incidents involved the patients apprehending the security officer’s gun.  “Those persons (who guard forensic patients) are often armed, almost 100 percent of them are armed so I think another piece of this is being able to tell them how to handle their weapon and make sure you’re aware of it and everything while they are in your hospital,” says Ramsey-Hamilton. While it is not suggested that security officers remain unarmed, it is wise to ensure the area surrounding the prisoner is otherwise free of anything that could be construed as a weapon.

Provide Guidance on Restraints Used by Custodial Agency Such as Handcuffs, Leg Irons

Warren says other best practices include ensuring proper restraints ought to be readily available, as well as developing standard procedures for hospital management and staff. Learning materials the relate to treating forensic patients should be available online, as well as providing adequate training resources for the personnel who will be responsible for securing the patient.

Not all forensic patients are the same as some could be more adept to violence than others. Due to this, having standard procedures in place as well as raising awareness around how to handle forensic patients, are critical steps in keeping hospitals safe for staff, patients and visitors.