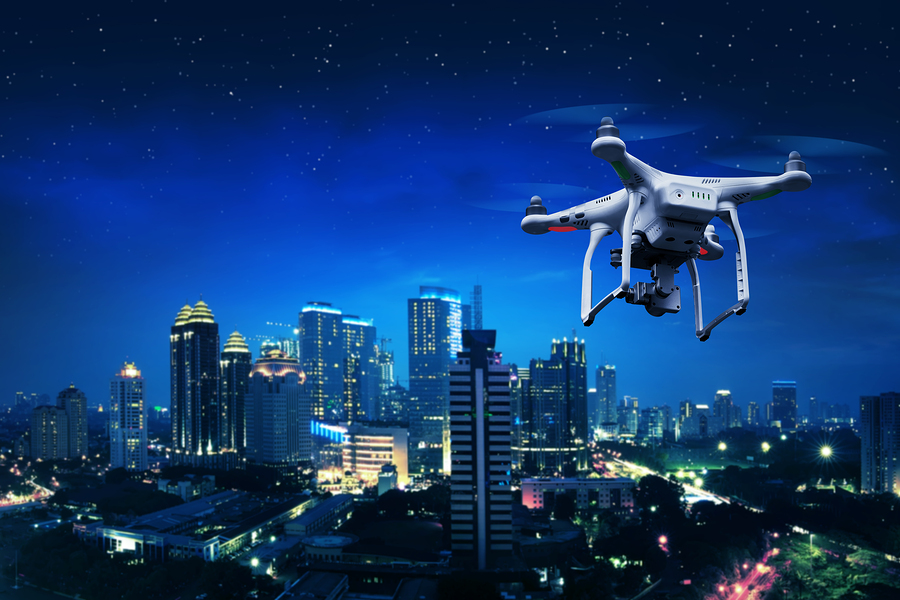 In late January 2015, Secret Service agents were rattled when a small drone crash landed in a tree on the South Lawn of the White House. While it was later determined that the man was a Federal employee who was flying the drone for recreational purposes and had no malicious intent, the incident still raises major questions about National Security and the threat drones may soon present.

It is no secret that weaponized drones are currently in regular use by the military, but the question is, how long will it be before enterprising civilians develop essentially the same technology to use as a threat against the US or its citizens?

A small, fully-loaded handgun, such as a Ruger LCP or the Kel-Tec-3AT, only weighs around 8 ounces. A number of consumer quadcopter drones are available that can easily carry a payload of up to 17 lbs. Since the primary use for consumer drones is shooting video, with the drone pilot being able to use their smart phone or tablet to see what the drone sees, that means it may only be a matter of time before some enterprising civilian figures out a way to weaponize a consumer drone.

Even if they don’t outfit a drone with a gun, imaging being able to simply fly a drone right into a public area, outfitted with 17 lbs. of explosives and calmly walk away afterwards. Consumer drones already have a range of up to 20,000 meters – or just over 12 miles. That means that right now, with currently available consumer technology, someone could conceivably fly a drone loaded with explosives into a public area from up to 12 miles away.

And it’s not just public areas that are vulnerable. If a civilian was able to fly a small drone into a supposedly secure area of the White House – possibly the most protected area in all of America – how much more vulnerable would a military base be?

A tiny quadcopter known as a Aerix VIDIUS HD drone is currently billed as the “World’s Smallest Live Streaming HD Video Drone.” Weighing only a few ounces and small enough to fit in the palm of your hand, it retails for a less than $100. The Aerix can be operated from up to 100 feet away and delivers 720p HD quality video. A drone that small makes almost no noise and, if painted black, would be virtually undetectable at night or in darker conditions.

Imagine logging into a computer in public, with an undetectable quadcopter hovering over your shoulder recording you enter your password. Even worse, imagine feeling you are safe in your own office, while unbeknownst to you a small quadcopter is recording you entering a code on your safe. No longer do thieves need years of experiencing with sophisticated hacking or expensive devices to steal your information digitally, when a tiny flying video device can gather the same information for even the dullest of thieves.

Drone use for Security Guards

As is often the case, however, the same technology that can be used for terrorist or criminal enterprises, can also be a huge boon to security. Stationary cameras can almost always be neutralized in some way, but imagine being able to deploy a small fleet of drones to deliver real time images whenever there seems to be a disturbance or something raises concern.

Drones can also be a huge boon to surveillance since they can be deployed from several miles away. No more lurking around, trying to stay close enough to surveil while staying far enough away to not get made. Drones can also be deployed to conduct grid searches or even monitor large outdoor areas that might be too large to cover with cameras.

Drones may also be a life saver for Security Guards who can send drones out to check on potential threats, rather than exposing themselves to potential gunfire. Drones will one day allow Security Guards to get eyes and ears on a potential perpetrator or in a dangerous situation, without having to be physically present.