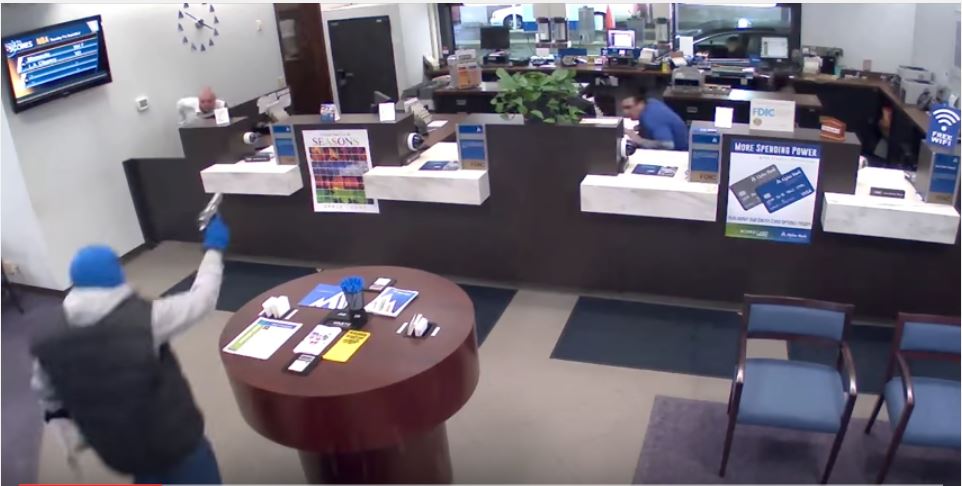 The Alpine Bank robbery at the beginning of 2017 was one of our most popular articles of the year. Security Guard Brian Harrison’s heroics that day live on through a very dramatic video. Still, after we published the article we wondered, who was the bank robber and why did he make such a fatal decision?

On January 20th, 2017 at 3:50pm on a Friday, 34 year old Laurence Turner entered the Alpine Bank in Rockford, Illinois wearing a mask and holding a gun. Those were the last moments of his life.

Who Was the Bank Robber and Why Did He Do It?

His mother, Lucille Turner couldn’t recall any past or recent events that would have led him to make such a tragic decision. Turner’s father, a schoolteacher, had passed away ten years ago.

According to Lucille, Turner was a Rockford native. During high school he struggled academically, but was easily able to earn his GED. He had interests in hip hop music and transformed the family home basement into a music studio. When he wasn’t working construction jobs, Turner was a disc jockey at weddings and bars.

Family and friends remember Turner as being very caring. He once took in an injured squirrel and nursed it back to health five years ago. Friends said that Turner would offer to walk their dogs for them. He also had a girlfriend who had a son, and he seemed to care for the child just as if it was his own.

From the outside Laurence seemed like a normal caring man. There were some signs, however, of a troubled life.

Turner’s sister, Lauren Turner, described him as “struggling within himself” and troubled with who he was throughout life.

Turner also had a court record for driving under the influence without a license.

Turner’s good friend, Joe Carter, said they had talked around 12:30pm the day of the shooting and were supposed to get something to eat after he was done with his welding job. Carter recollected that Turner was never forthright with what he did as a job.

Unbeknownst to Carter and Lucille that day, Turner stole his mother’s Hyundai Santa Fe to drive to Alpine Bank.

Was He Living a Secret Life?

Following the shooting Turner was found to have drugs in his system and was later linked to three other bank robberies the previous months.

Laurence Turner is gone now. We may never know what truly drove him to do what he did and what his intentions truly were walking into the bank. Security Guard Brian Harrison was not going to risk his life and others to find out.  One thing seems clear however, the Laurence Turner that entered the Alpine Bank was not the person his friends and family knew.