Skip to content
PrevPreviousAlarm Companies and “Deceptive Sales” Lawsuits: Here’s What You Need to Know
NextHow Alarm Installers Can Benefit from Retrofitting LawsNext 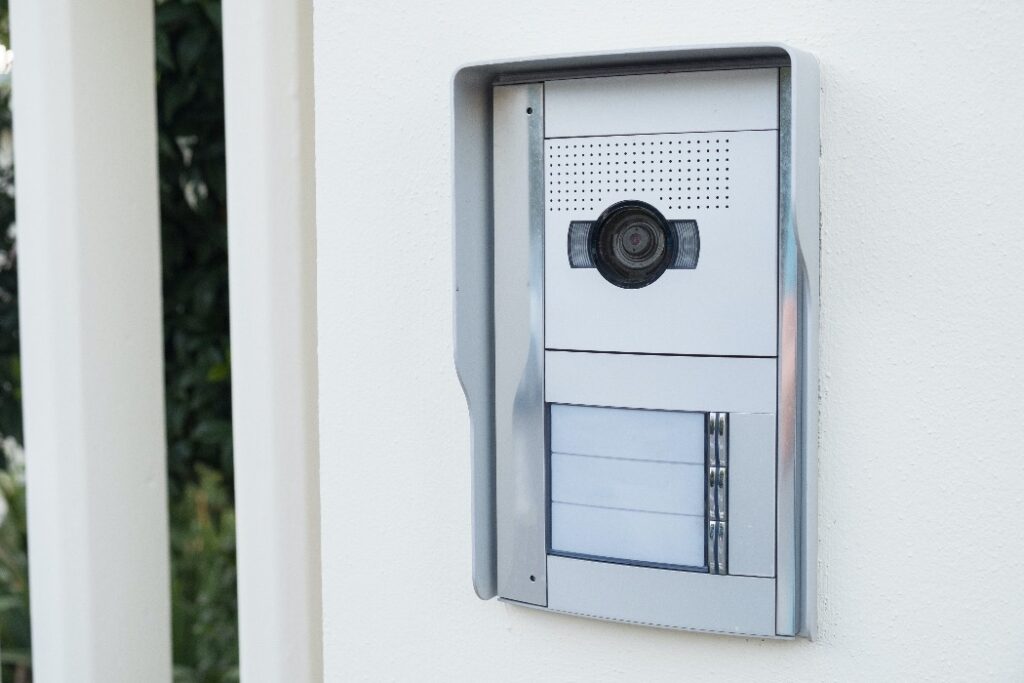 The video doorbell and front door security cams have become an increasingly popular option in the growing alarm installation market. It’s clear why homeowners and some business owners like these devices: They’re an easy way to check on the door, see who is trying to gain entry, and spot potential “porch pirates” and other burglars at work. When combined with smart door locks, they can also allow entry even if the owner isn’t present.

However, these new video doorbells raise an important legal question: Can people film anyone who approaches their door? Is there any legal risk or privacy violation that could come from installing a front door camera like this? If clients are worried about privacy issues or even potential lawsuits with these devices, it’s important to know the facts so you can help them make the right decision. Here’s what everyone should know.

One Party and Two-Party Consent: Does It Matter?

In privacy regulations regarding recordings, there are one party and two-party consent states. California, for example, is a two-party consent state: Both parties need to consent to a video recording (we will deal with audio a few sections down) when there is any reasonable expectation of privacy. This means that video surveillance is legally limited in these states. However, expectation of privacy rules still applies, which means that a video doorbell is rarely a problem.

Then there are one party consent states. In states like Missouri, for example, you can record video of an interaction without both parties’ consent. However, there’s an important caveat: One party consent only applies if you are also in the recording. Since the purpose of video doorbells is to record footage when the owner isn’t present, one party consent doesn’t offer much protection in these circumstances. In this case as well, we must look to the expectation of privacy to see if legal issues will arise.

Expectation of privacy governs video recordings and privacy laws. Essentially, if there’s an expectation of privacy in an area, you need consent to record in both one party (assuming you aren’t present in the recording) and two-party states. This gets more complicated when talking about particularly private areas indoors like bathrooms and locker rooms, but that’s not a consideration for this situation.

The expectation of privacy at a front door, on the other hand, is very low. Front doors, even if they have porches and awnings, are considered very public places. You can often see them from the street, anyone can walk up to them, and people driving by casually can see them. With no real expectation of privacy here, there’s not really a case to be made for illegal video recording, regardless if a state has one party or two-party consent rules. People could still attempt a lawsuit, but it’s very unlikely to go anywhere thanks to this general rule. That’s good news for those who want to install a cam device at their doors! But things can get a little more complicated.

So far, we’ve been talking about video recordings, but many video doorbells also record and transmit audio so that owners can have conversations if necessary. These audio recordings pose a more tangled legal problem, because audio is generally far more regulated than video. Many states have very strict consent laws about recording audio. There’s even an interesting case in Massachusetts where a prosecutor asked to submit audio recordings from a Ring video doorbell to a case, and the defense argued that Ring video doorbells violate the state’s wiretapping laws (this case is still ongoing at this time).

Ultimately, states tend to have different rules for audio vs. video, so it’s always important to look at the regulations close or contact an expert. Audio rules tend to be a lot harsher in general. It’s not entirely clear how this conflates with no expectation of privacy at front doors. This is, now, a very gray area in the legal world that’s being challenged by many new recording devices, and no one is sure what established precedent is going to be quite yet.

Audio, in other words, is tricky. It carries a higher risk than video, especially in certain states, but it’s not clear how high that risk actually is. Fortunately, there’s a simple solution: You can recommend that clients turn off the audio on their video doorbells if they are worried about liability. Most modern video doorbells come with this option, just for situations like this.

As you can see, the variety of laws recording audio and video recording can be, well, confusing. If a client really is concerned about the possibility of a lawsuit, it’s a good idea to advise them to seek out a lawyer with experience in security issues (and make sure that your company has the proper liability insurance as well). Ultimately, the expectation of privacy means that video recordings from the front door are generally fine. Audio recordings are a more nebulous area, but if clients are really concerned you can help them turn off the audio capability for their devices, solving this issue.